… and the day before he moved, I had a perfect day with him.

We headed up to San Luis Obispo on Saturday morning to find him a place to live. The drive to SLO is beautiful and never gets old … from ocean and mountains to rolling hills and oaks and back to ocean and mountains again. We listened to a playlist Milo put together, had good conversation, and enjoyed the scenery. 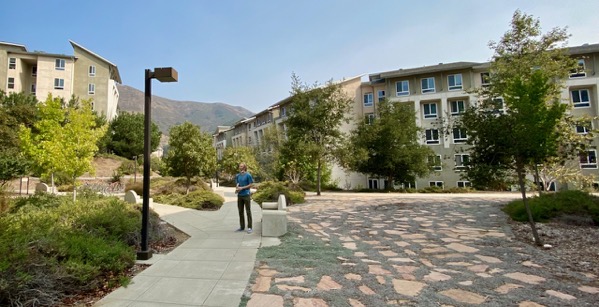 We went on campus and, after filling in some matriculation gaps and getting a COVID-19 test, Milo received his campus apartment key and we took a look at his new digs. Four bedrooms and 2 baths, furnished, with at most 3 roommates as there is a one-person-per-bedroom policy in effect now. His two roommates seemed like nice fellows and I got the feeling that everyone was happy to just be there. 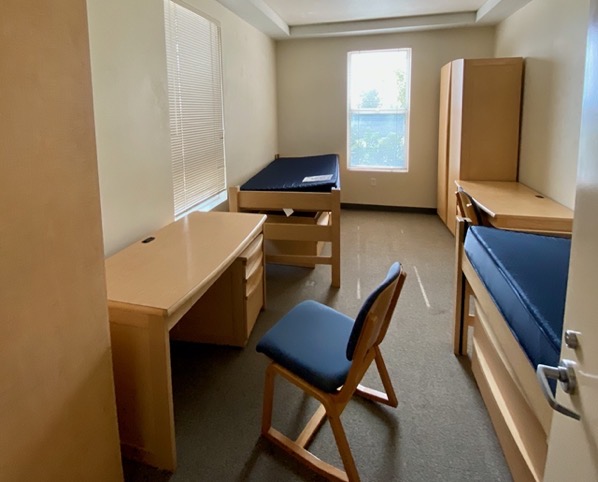 We left Cal Poly in the late afternoon, happy with our day’s accomplishments and headed back south for an early dinner in Arroyo Grande at Jaffa Cafe. No fancy free range chickens roaming around this time but the food was delicious as usual. We enjoyed our baklava for desert and then continued south.

Once more at home, Milo invited me to a best two-out-of-three chess match and we had cigars and more good conversation as we played. We are evenly matched, the games were long and advantages ebbed and flowed. I beat him fairly the first game and not quite so the second game. Milo pointed out an obvious error I made — throwing away my queen —  and allowed me to correct it, consequently giving me a second win. I should tell him about the Napoleonic “never interrupt an opponent when he is making a mistake” maxim.

Anyway. We enjoyed our day, this day before the transition to another, greater chapter in Milo’s life.