About a year ago I bought a used, unlocked iPhone 6 for $260 on eBay for Milo. The phone worked well for a few months and then Milo started having problems with the lightning port. The plug wasn’t staying in securely and the phone was not charging consistently. The problem gradually got worse until, last week, it stopped charging altogether.

After checking options, including just buying a replacement (ugh, there goes much of the savings from buying used), I checked iFixit for a guide and replacement parts. While the cost of parts (with required tools!) was only $24.95, the project was rated as Difficult, with 1-2 hours required and, if you add tear down and reassembly steps together, 74 freaking steps. I recognize a good father/son project when I see it however, and pulled the trigger with iFixit. The tool kit and part arrived 2 days later.

Milo and I finally had a couple of hours to spend on the repair today and had a great time doing it. I shared some of my repair project secrets with him, such as how to secure and order ridiculously small screws and parts to keep things organized and understandable for reassembly. Shipping tape for the win! 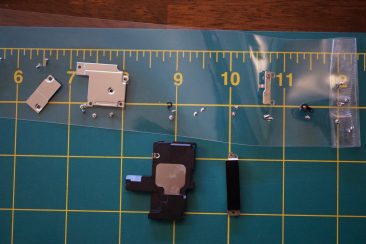 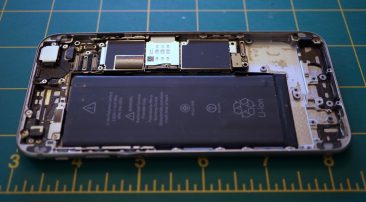 Stripped and ready for replacement part 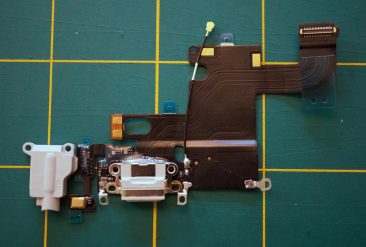 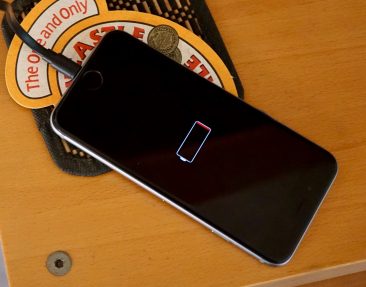 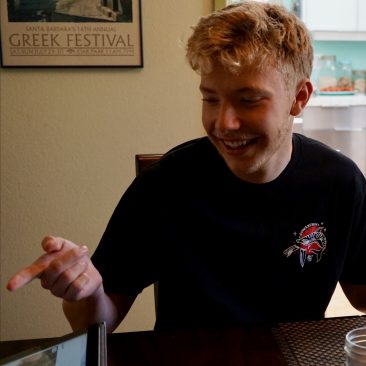 Other than the step for reattaching the antenna cable (holy crap was that fiddly), we had no issues whatsoever. The phone is charged and everything is in working order again.